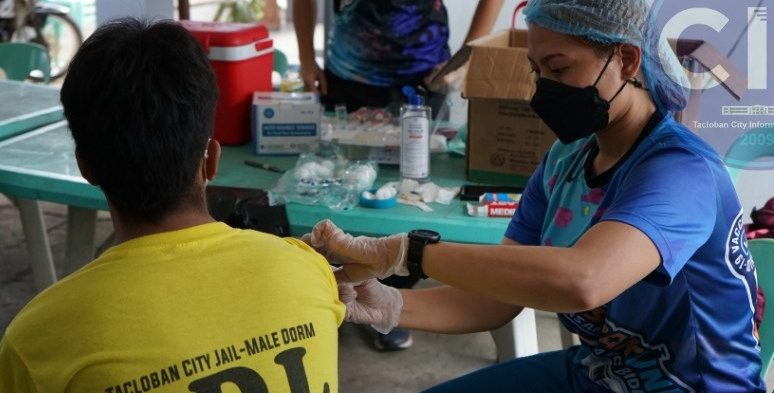 The city’s vaccination campaign, under Mayor Alfred Romualdez, ramped up its efforts in reaching far-flung areas as well as persons deprived of liberty.

On Tuesday, November 23, another batch of PDLs under the care of the Bureau of Jail Management and Penology have already been vaccinated against COVID19.

Newly designated Jail Warden of Tacloban City Jail Male Dorm JCINSP Bernardino Edgar Camus said that 74 have been vaccinated with the first dose while 20 PDLs with their missed dose.

With the continued roll-out, Camus is delighted because of the coordinated efforts of agencies and the city government to protect inmates from getting infected against the virus, considering the level of risk of being in a closed space. He shared the plan to conduct blood donating activity as well anytime soon.

Meantime, a separate team of the mobile vaccination drove to barangays 92 and 94-A vaccinating individuals with the first dose of Sinovac.

So far, the city has been able to fully inoculate a little over half of the target population.