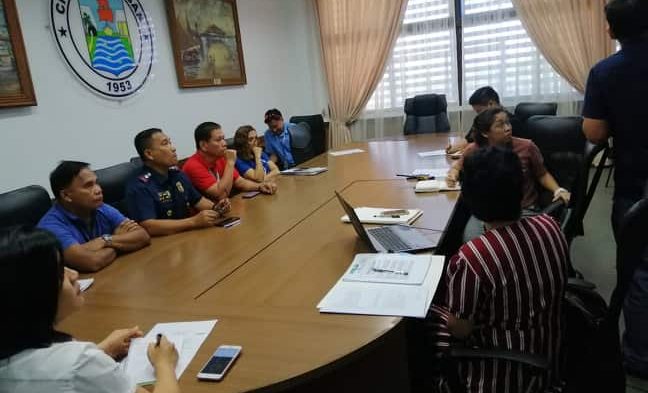 Representatives of the TOMECO, CEO, TCPO, City DILG, and other concerned offices had a meeting on Wednesday to discuss the updates on the road clearing activities of the local government.

During the meeting presided by Executive Assistant Romeo Magdalaga, Jr., the proposed Tricycle Route Plan (TRP) of the city was presented and a feedback and grievance mechanism was planned as support to the road clearing initiatives. Implementation of the TRP will commence after its counterpart ordinance is passed at the City Council.

As clarified by the local DILG, the road clearing directive according to DILG MC 2019-191, not only applies to obstructions on national roads but also includes the banning of three-wheeled vehicles in national roads.

According to the engineering office, all of the areas within the Central Business District have been cleared of obstruction, while clearing activities are ongoing in other areas of the City.