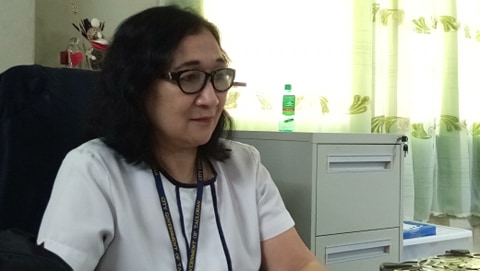 TACLOBAN CITY (CIO 03/03/2020) –The local government of Tacloban under Mayor Alfred S. Romualdez through the City Gender and Development Council has prepared various activities for the Women’s Month Celebration this March 2020.

This year’s Women’s Month kicked off today, March 3, with a symposium on Responsible Parenthood and Family Planning and was spearheaded by the City Population Office.

Then on March 5, the City Health Office will be conducting a forum dubbed as ‘Women’s Development and Self Determination’. The said lecture will be held to reflect on women’s achievements, the problems they faced and the role they continue to play in society, as well as equip women on how to handle suspected cases of infection.

The month-long activities will also include a tribute program on March 24 for the 10th anniversary of the Women and Children’s Shelter— the facility being managed by the City Government which offers psychosocial support and shelter for abused children and women; a forum on the Kasambahay Law at the Tacloban City Training Center (March 25); also a Women’s Congress is set to be conducted on March 26, at the Robinsons North Activity Area, in support of the advocacy to promote gender equality and empowerment of all women in society.

Women’s groups and barangay leaders are expected to participate in the said congress.

A fund-raising activity dubbed as ‘Women’s Fair’ will likewise be held until the end of this month, said City Population Officer Cielito Esquibel. The fair, which will be located at the Ground Floor Balyuan Building, will feature women products and pre-loved clothes. The proceeds from the fair will be donated to those women who need medical assistance.

Meantime, concluding this month-long celebration will be an activity for all City Hall Women Employees on March 31, where a recognition program for employees and officials as well as free pampering services will be provided.

“The ‘City Government Women Employees Day’ is very significant because we are trying to promote and advocate equal rights and opportunities. Since we are promoting women empowerment, our city hall employees should have equal access and treatment not just in society but also in the workforce,” said Esquibel.

Proclamation No. 227 series of 1988 provides for the observance of March as Women’s Role in History Month, while the Republic Act 6949 series of 1990 declares March 8 of every year as National Women’s Day. – C. Merin/CIO